Out Now: Songs From My Heart

Amanda returns to her first love, singing, to finally release her debut album Songs From My Heart on Friday 2nd October via Universal Records; a powerful celebration of songs from the world of musical theatre that have each won a place in her heart over the years. 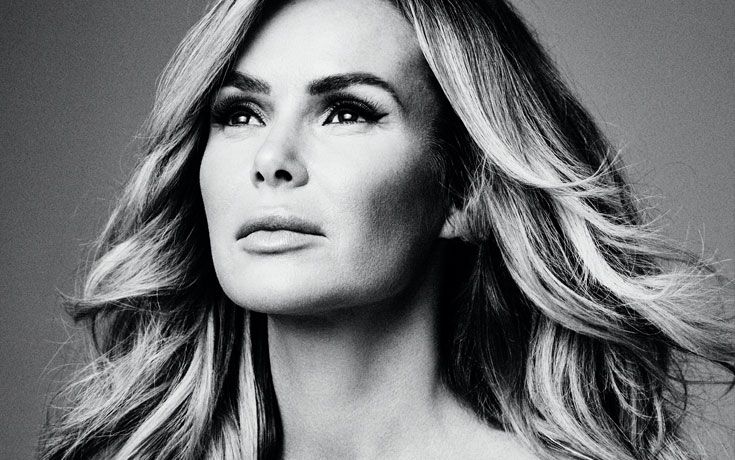 Undoubtedly one of Britain’s best loved entertainers - an Olivier Award nominated actress, singer, radio presenter on Heart Breakfast, author and judge on the UK’s biggest television show Britain’s Got Talent, Amanda's multitude of talents, warmth and fun-loving personality have won her a loyal army of fans across the globe.

Now she returns to her first love, singing, to finally release her debut album Songs From My Heart via Universal Records; a powerful celebration of songs from the world of musical theatre that have each won a place in her heart over the years.

'People think they know who I am because they see me being loud and outrageous on the television or radio,' says. Amanda. 'That is a part of me but really I’m all about my family. This album is all the songs I’ve loved in my life, sung for the people who mean the most to me. It’s a very emotional album that everyone can relate to.

I had a tape recorder as a little girl and would sing into it dreaming of this moment. There is a story behind every song on the album, celebrating life, love and loss - the darkest and happiest moments in my life so far. It is literally my heart laid bare.' 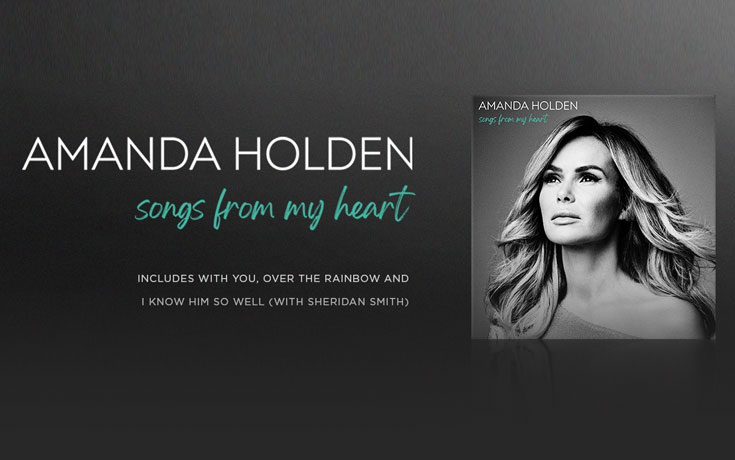 The album, showcasing Amanda’s impeccable vocal talents, is packed with beloved favourites including ‘I Dreamed A Dream’ (Les Miserables), ‘Not While I’m Around’ (Sweeney Todd), ‘Don’t Cry For Me Argentina’ (Evita), ‘I Know Him So Well’ with Sheridan Smith (Chess) and the heartbreaking new single ‘With You’ (Ghost).

The record has not only taken Amanda back to her musical theatre roots, but sees her reflect upon her most cherished experiences of motherhood. Many of the thirteen songs, including ‘When She Loved Me’ (Toy Story) and ‘Lullaby’ (Goodnight My Love), remind Amanda of the ups and downs of being a mum - the unconditional love, patience, kindness, compassion, humility, sadness and everything in between.

Family has always been at the heart of Amanda’s music; the idea to create an album came about by chance after Amanda and her daughters recorded Tightrope (from The Greatest Showman) for her husband, Chris, to mark their 10th wedding anniversary in 2018.

The first unexpected glimpse of Amanda’s music arrived in May this year, when she released her debut single ‘Over the Rainbow’ to help raise vital funds during the Covid-19 crisis, with all proceeds of the track being donated to NHS Charities Together. The reception was overwhelming, with the single reaching #2 - while also hitting the #1 top spot on the iTunes chart.

Amanda has kept the nation’s spirits up over the course of lockdown, with a variety of challenges on social media platform TikTok, frequently letting her hair down and having fabulous fun with her two daughters Lexi, 14 and Hollie, eight. She’s also continued to host the Heart Breakfast show every weekday morning.

Renowned for her TV talents and most prominently as the longest-standing judge on ITV’s Britain’s Got Talent, Amanda is currently judging for a 14th year alongside Simon Cowell. In the mornings, she presents nationally on the biggest commercial radio station in the UK, Heart Breakfast.

Amanda is no stranger to performing and singing, receiving an Olivier Award nomination for her debut West End role in Thoroughly Modern Millie. She’s starred in numerous drama and comedy series including Cutting It & Wild At Heart and her musical theatre career has seen her perform as Princess Fiona in Shrek, The Musical and producing and starring in Stepping Out.