Amanda releases her debut single Over the Rainbow

Helping to raise vital funds during the Covid-19 crisis, with all proceeds donated to NHS Charities Together. 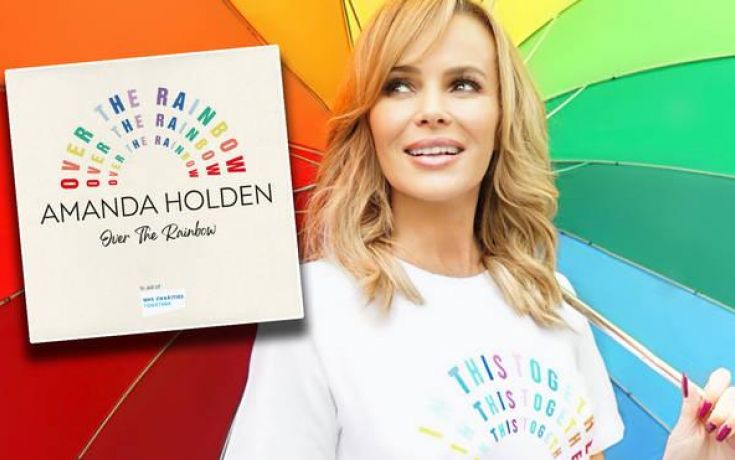 Amanda releases her debut single Over the Rainbow to help raise vital funds during the Covid-19 crisis, with all proceeds of the track being donated to NHS Charities Together.

Like many of us in the UK, Amanda wanted to show her enduring support and gratitude to the NHS in some way. The idea of releasing Over the Rainbow fell into place a week ago when Amanda was speaking to her friends at Marks & Spencer, having already recorded the song late last year.

As a result, Amanda, who is a long-standing M&S Food Brand Ambassador, has joined M&S in its ‘All In This Together’ campaign. As part of the campaign, M&S has designed a special rainbow T-shirt in support of the NHS, with 100% of the profits also going to NHS Charities Together. Amanda has used M&S’s T-shirt design as her inspiration for the single artwork.

With the rainbow being a strong symbol of hope to everyone, commonly appearing in windows across the country in support of the NHS, alongside the message of hope behind the lyrics, Over the Rainbow felt particularly apt to Amanda.

Speaking openly about her own experiences with the NHS, Amanda explains. 'Life has taken a really funny turn but one thing that I think has become really clear is that we are all in this together. And more than ever, we've reconnected with love and hope during this time. The wonderful team at Marks & Spencer have designed these beautiful rainbow t-shirts with all proceeds going to NHS Charities Together.

This campaign and the NHS mean a lot to me because, as I’m sure you’ve read over the years, they've saved my life. They’ve saved my sister's life after she was in a car accident. And, of course, our son Theo was born sleeping at an NHS hospital where all the staff were utterly extraordinary and treated us with so much empathy and love. So, I feel like I owe them so much. I feel like we all owe them a debt now and of course for the future to come.

Last year, I recorded a version of Over The Rainbow. It’s a song I used to sing as a girl with my nan and grandad and one I love to sing with my daughters, Lexi and Hollie. When Marks & Spencer and I were chatting last week we remembered this song and lyrically it feels more relevant now than ever. My record label, VirginEMI, have kindly agreed to put the song out with all proceeds going to support this wonderful cause for the NHS.'

All proceeds of the single will go to NHS Charities Together. Visit www.nhscharitiestogether.co.uk